By Sophie Mann For Dailymail.Com

As inflation continues to decimate the budgets of American families, the December report from Moody’s Analytics showed that families are spending an estimated $72 more on food per month than they were a year ago.

That figure is pulled out of a report that says the typical US household is shelling out $371 on goods and services more than they were a year ago.

That figure has fallen since inflation hit its peak in June, when families were spending a whopping $502 more than they were a year prior, but is still disturbing the abilities of Americans to keep up with their bills.

On average, according to the report, Americans are spending more than $82-a-month more on shelter and $72.01 more on food.

Inflation in the final month of 2022 slowed to 6.5 percent – the slowest its growth has been since October of 2021 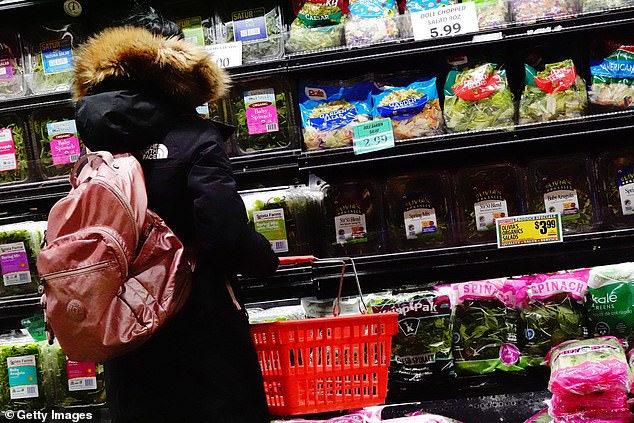 Last Thursday, the US Bureau of Labor Statistics said that Americans spent 11.8 percent more on groceries that one year ago.

Some household items, like eggs, have spiked in price as much as 60 percent in the last year. The eye-popping egg increase is due in some part to a supply shortage caused by an unexpectedly bad avian flu season.

One bright spot on the report was the price of gas, which has dipped $1.55 per month since the beginning of the exorbitant spikes the Biden administration oversaw last winter into spring.

The report also illustrates that, relative to several months ago, wages are now ticking up at a much faster rate. Inflation has also slowed.

While consumer prices still rose 6.5 percent year-over-year in December, that number is lowest CPI figure charted since October 2021. It was 7.1 percent in November and peaked over the summer at 9.1 percent.

Matt Colyar, a Moody’s economist said in the report released Thursday, ‘Meaningful progress in the US economy’s fight against elevated inflation was made in the closing months of the year.’

In brief remarks, he said, ‘Even though inflation is high in major economies around the world, it is coming down in America month after month, giving families some real breathing room.’

Despite the president’s sunny disposition pertaining to the economy. Experts continue to predict a full blown recession will plague the US economy in 2023. 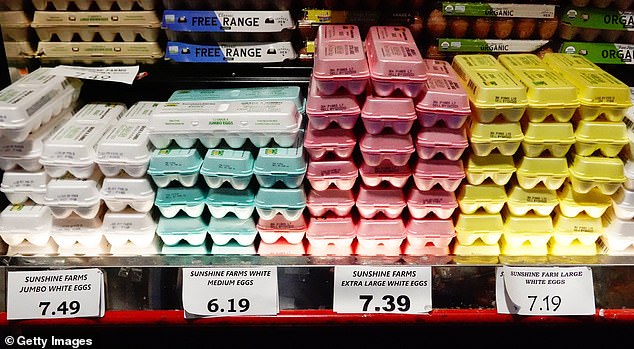 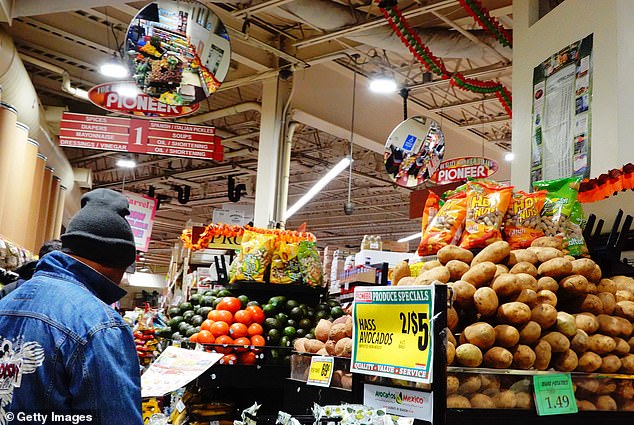 In a new report, business and academic economists polled by WSJ pegged the probability of a 2023 recession at 61 percent. A small change from the 63 percent who said the same in October 2022.

Deutsche Bank economists Brett Ryan and Matthew Luzzetti said that ‘While recent inflation prints have shown some progress, a few persistent categories like core services are associated with the historically tight labor market, suggesting that there is still ‘a long way to go’ for the Fed.’

‘The Fed would stay on its tightening trajectory to restore the rebalance of labor market and price stability, which in our view would engineer a sharp rise in unemployment and recession,’ they continued.

Per the survey, economists remain concerned about the Federal Reserve’s continued efforts to tame inflation as the top risk to the US economy in 2023.

A quarter of the 71 economists surveyed said the housing market would be the hardest one to cool, while 18 percent said inflation in the personal services camp would be the most difficult to tame.