Bucs’ Russell Gage collapses on the field, writhes and twitches after being struck and concussed, with medics forced to stretcher him off: Team confirms he has ‘movement in his extremities’ and is now at the hospital

Tampa Bay Buccaneers wide receiver Russell Gage was taken off the field on a stretcher in Monday’s playoff game against the Dallas Cowboys after an awkward hit left him twitching and unable to get to his feet.

Bucs coach Todd Bowles said Gage was sent to the hospital with a concussion and potential neck injury. Fortunately, the 26-year-old has some feeling in his extremities, Bowles told reporters after losing to Dallas: ‘His fingers were moving when he was down there, but I don’t know about the rest.’

The incident took place late in the fourth quarter on a crossing route over the middle of the field. Gauge stumbled as he tried to haul in Tom Brady’s pass with Cowboys safety Donovan Wilson leaning in for a tackle. It was then that Wilson collided with the back of Gage’s helmet, sending his neck recoiling in the opposite direction.

Gage attempted to get up, but his body slumped back down to the turf, prompting immediate concern among both Bucs and Cowboys players. 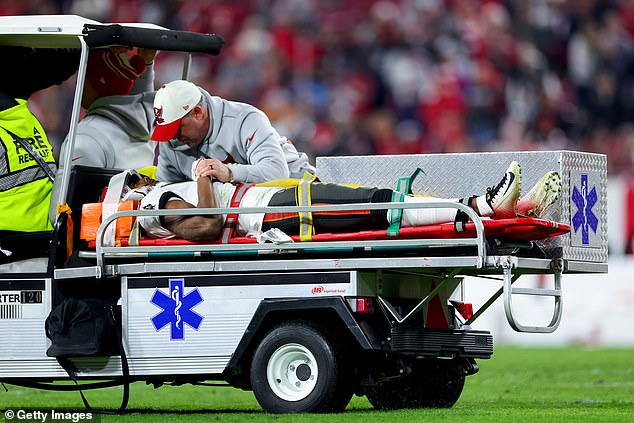 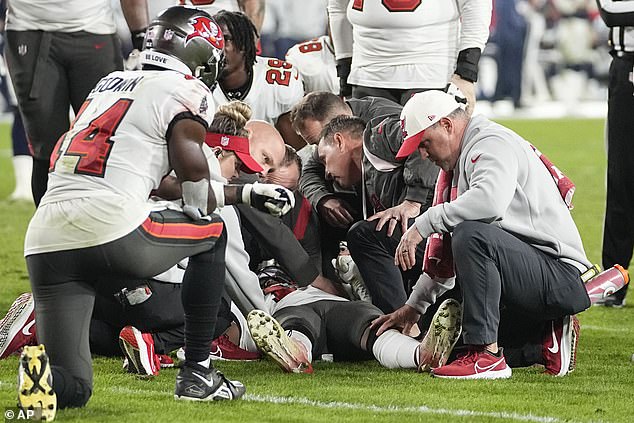 In a scene eerily reminiscent to Buffalo Bills safety Damar Hamlin’s on-field cardiac arrest in Cincinnati on January 2, both teams stood silently on the field with several players kneeling in prayer as Gage was examined by medical staff. Brady, in particular, appeared stunned in the moments after his teammate went down.

The injury comes as the NFL continues to deal with the aftermath of Hamlin’s situation, which has been improving since he collapsed on the Paycor Stadium field three weeks earlier.

Since his collapse, Hamlin has made remarkable strides, going from University of Cincinnati Medical Center to a Buffalo-area hospital before being released this week. The 24-year-old safety has remained in touch with teammates as he continues to recover after being resuscitated on the field in Cincinnati.

The 26-year-old Gage played collegiately at LSU before being taken in the sixth round of the 2018 NFL Draft by the Atlanta Falcons. 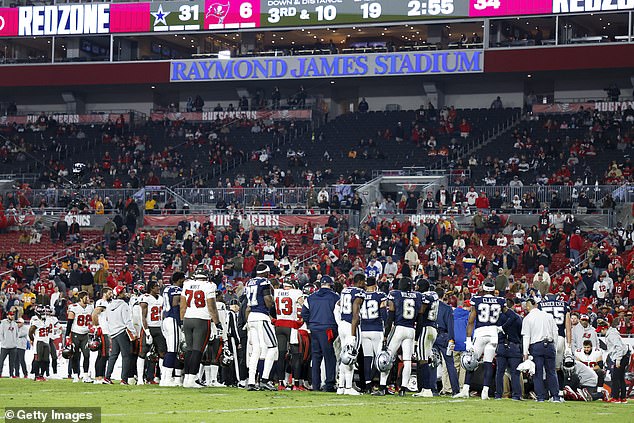 In a scene eerily reminiscent to Buffalo Bills safety Damar Hamlin ’s on-field cardiac arrest in Cincinnati on January 2, both teams stood silently on the field with several players kneeling in prayer as Gage was examined by medical staff 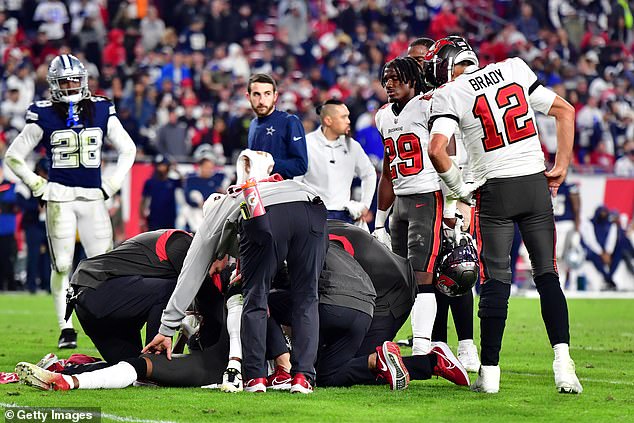 There was immediate concern for the receiver, as medics rushed on to tend to him on the field 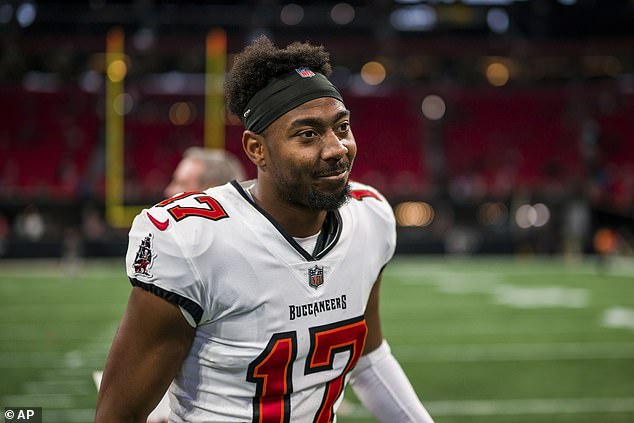 He would play four seasons in Atlanta, recording 72 passes for 786 yards and four touchdowns in 2020, before signing with the Bucs on a three-year, $30million deal in March.

This season, he had five touchdowns and 426 yards, but on a difficult night in the Wild Card playoffs Monday he only managed 10 yards on eight targets.

Shortly after Gage was carted off the field and taken to hospital, the Cowboys saw out a routine 31-14 victory over the Bucs to book their spot in the Divisional Round of the playoffs, sealing a mouthwatering tie with the 49ers next weekend.