A Morgan Stanley banker is suing his estranged wife for $7million, claiming she forced him out of his job by harassing him with abusive emails that his bosses had access to, falsely accusing him of sleeping with prostitutes and contracting STDs as a result.

Jean-Charles Beriau, 47, and his estranged orthodontist wife, Thea Shive, 65, are in the midst of a bitter divorce battle in Long Island.

He claims that after their marriage started to break down in 2018, she bombarded him with emails while he was in his old job at Merrill Lynch, falsely accusing him of sleeping with prostitutes.

She also allegedly contacted his new clients and told them he was being investigated for securities fraud. 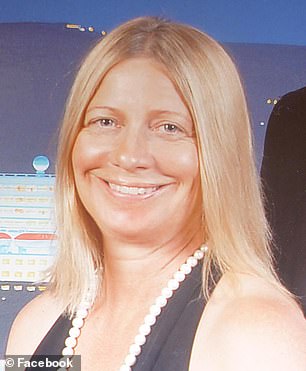 Jean-Charles Beriau, 47, and his estranged orthodontist wife, Thea Shive, 65, are in the midst of a bitter divorce battle in Long Island. Shive is shown, right, in 2014

In the emails, Shive – who previously ran an orthodontics practice in Queens – also claimed he was seeking treatment for ‘herpes, syphilis, trichomoniasis and various other problems,’ according to documents obtained by The New York Post.

Because his superiors had access to his emails, as is common practice in finance, he says the allegations forced him to leave.

He also claims they prompted an investigation at his new job.

It’s unclear what prompted their divorce.

The pair were married in 2005 and lived in exclusive Oyster Bay, an affluent Long Island suburb, in a modest house near the water.

Beriau’s attorney pleaded with a judge to help them resolve the divorce amicably, but says his wife continues to abuse him, despite an order which forbids her from making contact. 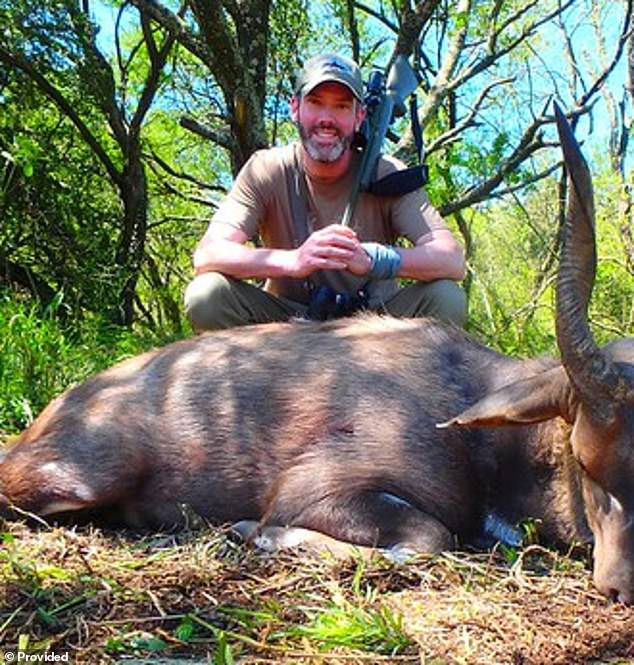 Beriau in one of his many hunting trophy photos. He frequently travels to Africa to hunt big game 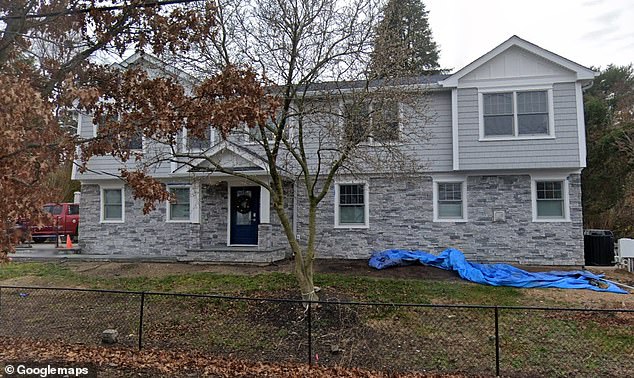 The couple had been living together in Oyster Bay, Long Island. Their marital home is pictured

In one of the emails, she is said to have told him: ‘[It] seems like you don’t want a divorce and are dragging it out, to no end.

‘I will never take you back, you are gross. I know you have bipolar disorder and traumatic brain injury and are not capable of rational thought.’

In another, she spewed: ‘There is no greater proof of your severe mental illness than the fact you continue to use my address when you get treatment for STD’s’.

His attorney pleaded with a court that the emails were filled with made up claims.

‘The contents of the emails were entirely fabricated and false.

‘Those emails to him were out of left field. And he’s a very patient, very professional gentleman that thought that this would de-escalate, but it didn’t,’ Karen McGuire, his attorney, said. 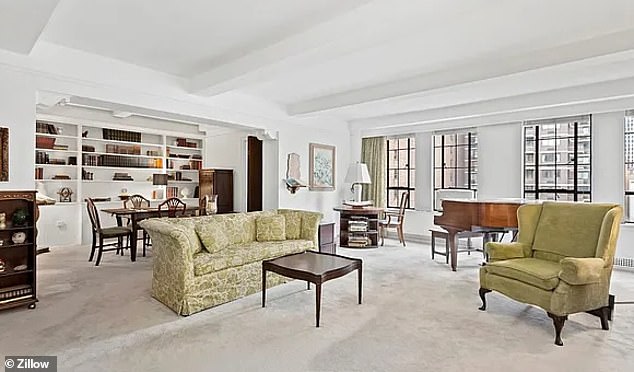 ‘He wanted to respectfully separate from his wife. This didn’t have to go like this, but it did,’ she added.

A Flicker account shows Beriau, an avid big game hunter, posing with some of his kills during trips to Africa.

Neither Shive nor her attorneys have commented on his court claims.

Beriau worked at Merrill Lynch for 16 years before moving to Morgan Stanley in May last year.