SpaceX’s powerful Falcon Heavy rocket will be back in action on Sunday (Jan. 15), and you can watch the liftoff live.

A Falcon Heavy is scheduled to launch from NASA’s Kennedy Space Center (KSC) in Florida Sunday at 5:56 p.m. EST (2255 GMT), one day later than previously announced, on a classified mission for the U.S. Space Force called USSF-67.

Watch it live here at Space.com, courtesy of SpaceX, or directly via the company. We’ll host the company’s webcast when the time comes.

Related: Why SpaceX hadn’t flown a Falcon Heavy rocket since 2019

Sunday’s launch will be the fifth overall for the Falcon Heavy. The burly rocket debuted in February 2018 with a memorable test flight that sent SpaceX founder and CEO Elon Musk‘s Tesla Roadster into orbit around the sun, with a spacesuit-clad mannequin named Starman in the driver’s seat.

The Falcon Heavy launched again in April 2019 and June 2019, sending operational satellites aloft each time. But the rocket didn’t lift off again until November of last year, on the USSF- 44 mission for the Space Force. The 40-month gap was due primarily to delays in getting customer payloads ready, according to space industry analysts.

Like USSF-44, USSF-67 is a classified mission. We do know a bit about the coming flight, however.

The main payload is a military communications satellite called Continuous Broadcast Augmenting SATCOM 2, which the Falcon Heavy will send to geostationary orbit, about 22,200 miles (35,700 kilometers) above Earth. Also flying Saturday is a rideshare spacecraft called Long Duration Propulsive ESPA (LDPE)-3A, a payload adapter that can hold up to six small satellites, according to EverydayAstronaut.com (opens in new tab).

The Falcon Heavy consists of three modified SpaceX Falcon 9 first stages, which are strapped together. The central booster is topped with a payload-carrying upper stage.

Falcon Heavy first stages are reusable, like those of the Falcon 9. The two side boosters for USSF-67 will be launching for the second time; they also flew on USSF-44, Space Force officials said. The USSF-67 core booster has not flown before.

If all goes according to plan, the two side boosters will come back to Earth shortly after liftoff on Saturday, making vertical touchdowns at Cape Canaveral Space Force Station, which is next door to KSC. The central booster will not return, instead ditching into the Atlantic Ocean.

USSF-67 is part of a busy week for SpaceX. The company also plans to launch 51 of its Starlink internet satellites to low Earth orbit atop a Falcon 9 on Ja. 19. You can watch that mission here at Space.com as well. 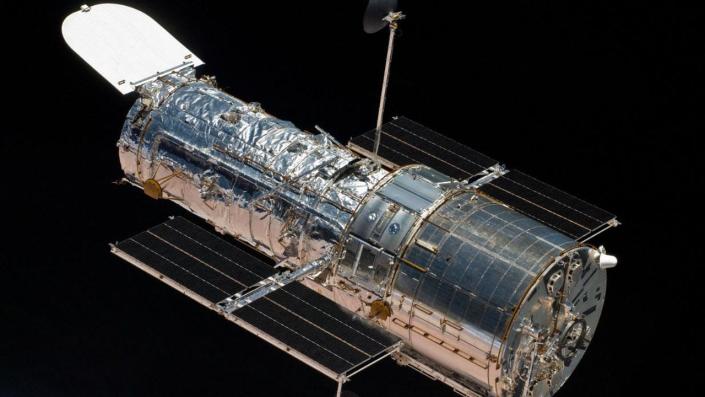